By Eric Mena, Opinion Intern at The New University Publication at University of California, Irvine

As the 2020 GEM Report showed, one in four countries has some form of affirmative action programme to help the marginalized get access to tertiary education. Recently, however, the United States Supreme Court agreed to hear challenges to affirmative action policies practiced by colleges like Harvard and the University of North Carolina (UNC). The group that brought the case to the court, Students for Fair Admissions (SFFA), claims that evaluating college applications based on race – the basis of affirmative action – is discrimination, specifically mentioning alleged discrimination against Asian Americans by Harvard and UNC, and white students applying to UNC. These criticisms are being revitalized, as the court leans towards a conservative majority. It seems that affirmative action policies in college admissions may soon reach their end.

The end of affirmative action policies could jeopardize the potential for an equal playing field for minority students living in marginalized communities, ultimately reiterating the economic, educational and racial disparity that the United States is known for. A ban on such policies would only supplement the ongoing racial inequity problems that the U.S. has long sought to fix.

In the long, controversial history of inequity in America, there have been many attempts at achieving equity in education before affirmative action came to be. Historically Black colleges
and universities (HBCUs), for example, were created to give black youths the opportunity to receive quality and equal education that schools and universities at the time did not want to give them solely because of the colour of their skin. They are an example of what racism in the educational system resulted in, eventually leading to practices such as affirmative action, which
benefit, not harm, students.

So why is SFFA claiming that schools like UNC actively discriminate against white students? It seems that they completely forget the fact that, decades ago, it was white southerners in the USA, such as Senator Harry Byrd, not minorities, who were discriminating against minorities in opposition to the integration of schools allowed by the Brown v. Board of Education of Topeka court case.

It may also be a reaction to the success of many Asian-American students in the system. Although there is some truth that schools such as Harvard and UNC discriminate against Asian-Americans and make it harder for them to be selected for admission because the institutions engage in racial stereotypes that describe Asian-Americans as “book smart and one-dimensional,”  their college enrollment rates remain the highest of any racial or ethnic group in the country, reaching 62% in 2019 according to the U.S. Department of Education.

Perhaps the determination of these students to succeed in the face of systemic barriers is deemed a threat? A study conducted by Howard University student Whitney Wright analyses the disparity between education in suburban and urban areas in the U.S., stating that education between these two sectors are “… drastically different due to resources, teacher attrition rate and lack of parental support [with] Funds [being] allocated to the top performing schools, leaving many low performing schools at a plateau to produce mediocrity”.

With a clear discrepancy between these two sectors, it is hard not to imagine that minority students are overworking themselves in order to be on the same playing field as their affluent peers. Where educational and economic disparities lower their chances of success, they are likely participating in more extracurricular activities and enrolling in any Advanced Placement (AP) classes that are provided at their school. But, instead of penalizing this group for their struggles, affirmative action policies ensuring that financing supports those most in need should be kept.

If you are still not convinced that eliminating affirmative action may do more harm than good, at least take into consideration that some universities such as Harvard are accepting students based on legacy admissions, illegal bribery or because of wealthy parents donating money in exchange for their kid’s admission into schools. These forms of legal and illegal bribery are
much more detrimental than affirmative action since these spots may go to applicants that are not well-qualified for that school’s academic rigor. Scandals, such as actress Lori Loughlin paying
half a million dollars in bribes in order for her two daughters to go to USC and Hip-Hop legend Dr. Dre’s daughter being accepted into USC after his $70 million dollar donation in 2013, are
examples where money is exchanged for college admissions instead of their kids’ academic achievements.

Thu Apr 7 , 2022
On Tuesday, Shams Charania of The Athletic has claimed that Chicago Bulls point guard Lonzo Ball will likely miss the remainder of the year.    The report from Charania can be noticed in the tweet down below.   Charania’s tweet mentioned: “Sources: Bulls guard Lonzo Ball is expected to be […] 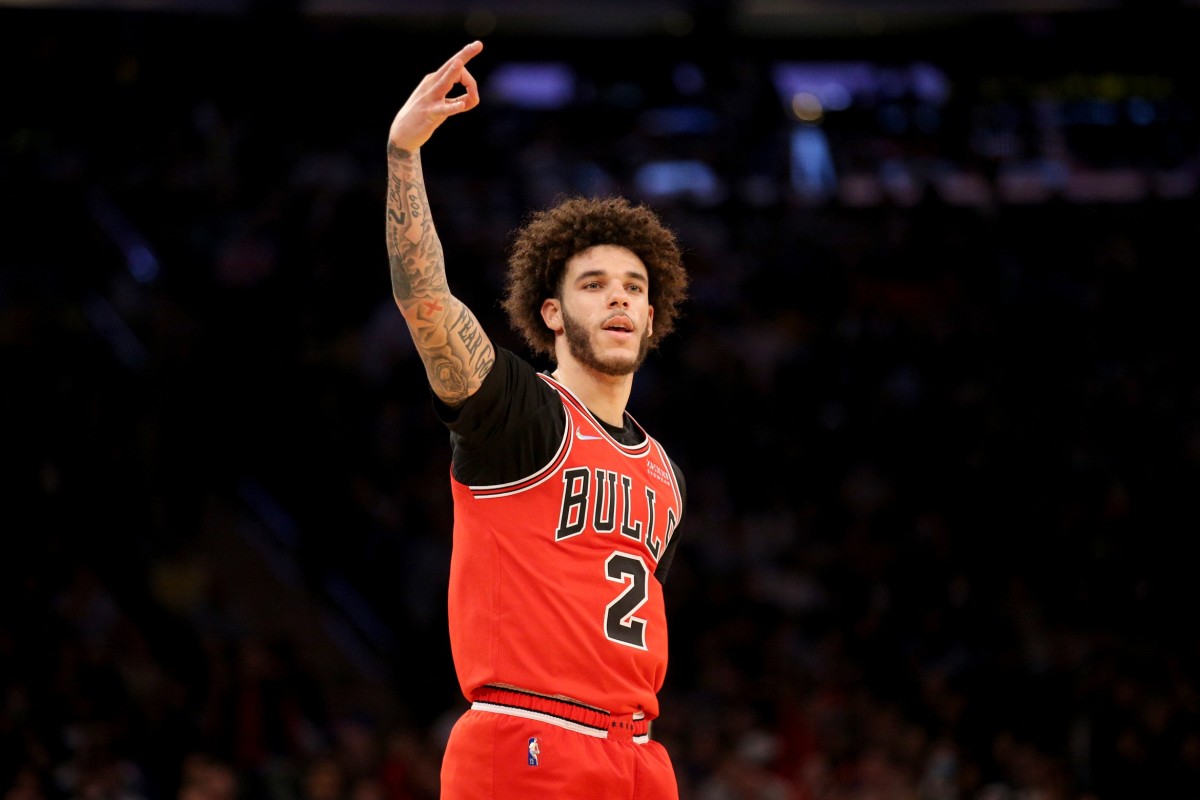