Soccer Legend Pelé Has A Message For Vladimir Putin 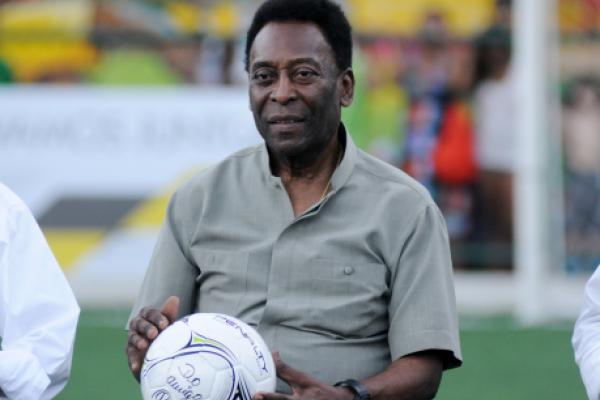 “I want to use today’s game as an opportunity to make a request: Stop this invasion. No argument exists that can justify violence,” he said in the statement.

“This conflict is wicked, unjustifiable, and brings nothing but pain, fear, terror, and anguish.”

Pele, 81, also shared a memory of when he met Putin in Moscow in 2017 during the Confederations Cup. The Russian president had then called Pele one of his favorite soccer players.

“When we met in the past and exchanged smiles accompanied by a long handshake, I never thought one day we would be as divided as we are today,” wrote Pele.

On Wednesday, Ukraine defeated Scotland by 3-1 to move one game away from World Cup qualification. The war-torn country will now face Wales on Sunday for the final place in Group B.

Why It Matters: The Russia-Ukraine war has now dragged on for over three months. Residents of a village north of Kyiv say they’re still finding bodies more than a month after Russian troops left.

Read Next: FBI Wants You To Be Wary When Donating Bitcoin, Ethereum, Dogecoin To ‘Help Ukraine’